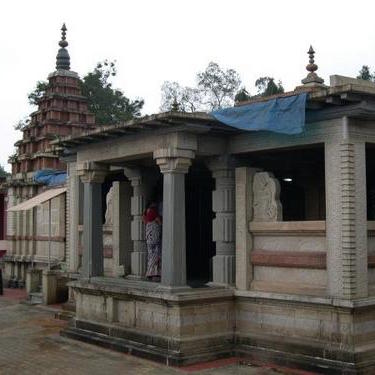 An ancient Hindu pilgrim center devoted to Lord Shiva in Dhareshwar in uttara kannada district, Karnataka. The temple is blessed with abundant natural beauty. Devotees come with utmost devotion and offer prayers. Rathotsava is performed every year and the peak time to visit this temple is during Maha ShivaRathri. 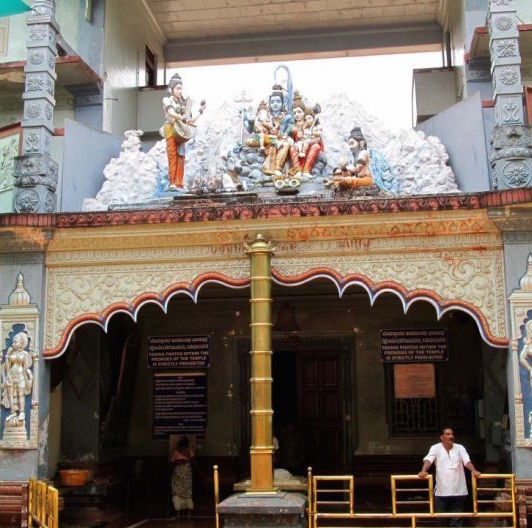 The holy 800 year old Idagunji Temple is one of the most prominent temples in South India, independently dedicated to Lord Ganesha. It is located on the West Coast of India in Idagunji town in Uttara Kannada district, Karnataka, India. The temple's popularity as a religious place is recorded by about 1 million devotees visiting it annually. It is one of the six famous Ganesha temples on the west Coast of India, which is also popularly called the "Ganesha Coast". Best time to visit: During Ganesha 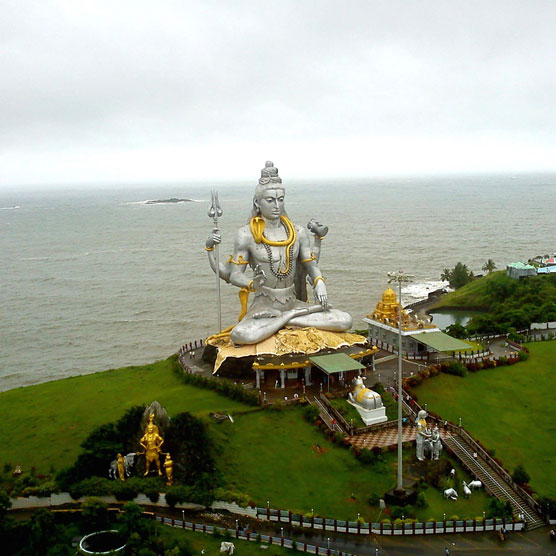 Internationally Murudeshwar is a place where the ancient and the modern have come together. The devotee Shri R. N. Shetty, a philanthropist, has built up a temple for the devout travelers. 249 feet high with around 21 floors waterfront tower attracts the visitors. Lord Shiva statue is situated on Kundagiri hill and is a famous for being the world's second-tallest Shiva statue. The place is always full of visitors and the joyous visitors can pray to god and enjoy the sea down the hill. The town lies on the coast of the Arabian Sea and is also famous for the Murudeshwar Temple. 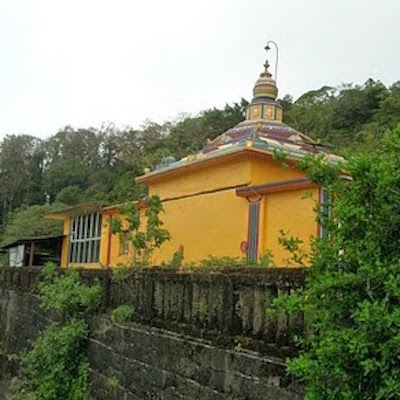 Karikanamma is a Hindu temple in the Western Ghats in Karnataka, India, located near the town of Honavar. It is dedicated to the goddess Kali. 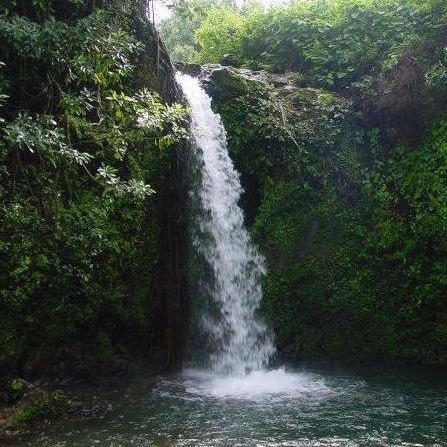 Located just 20 kms from Ayurveda Yoga Village is a small attractive waterfall known as Apsara Konda, which means the pond of an Apsara or a nymph. Here the water falling from a height of 10 meters has formed a small waterfall. A scenic cliff, a fine view of the sea and the sunset from the hill and a huge natural cave uplifted and made into a mesmerizing Ecopark. 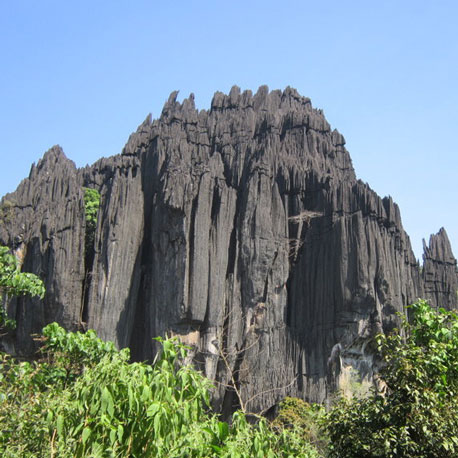 Yana is a pilgrim center located amongst the evergreen forest of the Sahyadri Mountains. Yana is famous for these two massive rock outcrops known as the Bhairaveshwara Shikhara and the Mohini Shikhara ("Shikhara" means "hill"). The huge rocks are composed of solid black, crystalline Karst limestone. Bhairaveshwara Shikhara is 120 metres (390 ft) in height, while the Mohini Shikhara, which is smaller, is 90 metres (300 ft) in height. Yana is also well known as a pilgrimage centre because of the cave temple below the Bhairaveshwara Shikhara where a Swayambhu ("self manifested", or "that which is created by its own accord") linga has been formed. Water drips from the roof over the linga, adding to the sanctity of the place. Best time to visit: During Maha shivrathri & August to March. 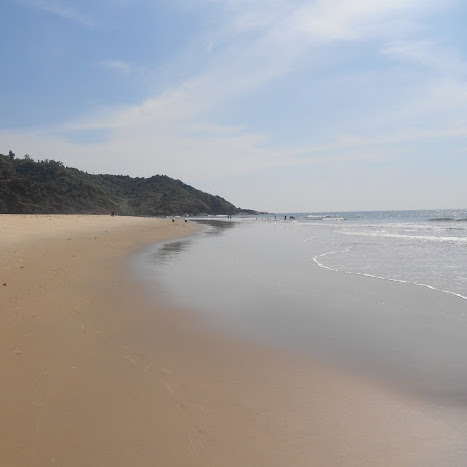 Kasarkod Eco beach is a tourist attraction of Honnavar. It is about 2 km from Honnavar. This beautiful sandy beach is about 5 km long. The waves, golden sand top and the enchanting scenic beauty attract thousands of tourists every day. There is an Eco-friendly park on the beach where kids will love to be and you will discover the child in you. 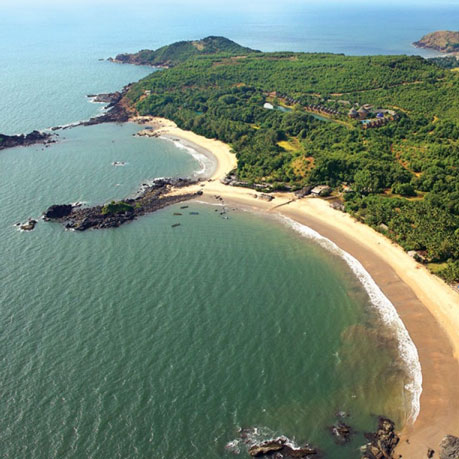 Om beach is located at a distance of approximately 8 km from the town of Gokarna. Two semi-crescent shapes that join together resembling the Hindu religious symbol ‘OM’ is the reason behind the name of the beach. Om beach is the most famous amongst several other beaches present in the town of Gokarna. Miles of white sand greet the avid beach-goers and you’ll surely be tempted to extend your holiday. Om Beach is the center for several water sport activities such as surfing, water-skiing, parasailing, and banana boat rides, which will surely spike your adrenaline to an altogether new level. 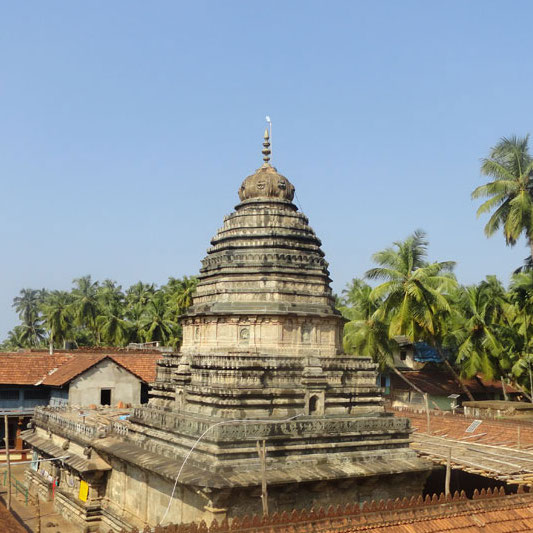 Gokarna, which means the cow’s ear, is a holy site located on the Karavali Coast nestled between the rivers of Agnashini and the Gangavali. The center is known for housing the famous Shiva Temple where the ‘Aatmalinga’ is housed. It is believed that Aatmalinga of Lord Shiva is in the shape of a cow’s ear, thus giving rise to the name, Gokarna. Gokarna is hailed as one of the seven ‘Muktistalas’ or pilgrimage centers of the state of Karnataka in India. The best time to visit the place is during the time of Shivrathri, where a four day festival is marked by two giant chariots being pulled by several devotees and it is dedicated to Lord Shiva. 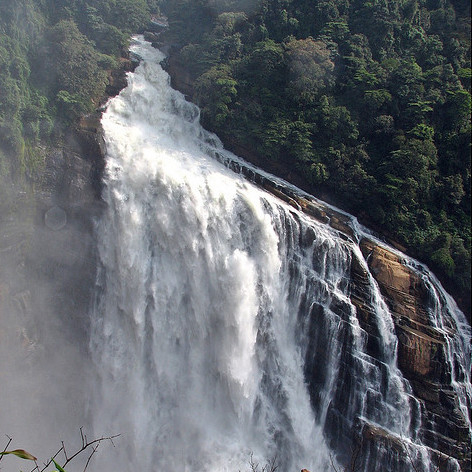 Unchalli Falls also known as Lushington Falls is a waterfall created by a 116 metres (381 ft) drop in the Aghanashini rivercreating profuse bubbles on the gigantic rocks. The fall is located near Siddapur in Uttara Kannada District of Karnataka, India. The falls are sometimes called “Keppa Joga” because of the deafening sound they make. 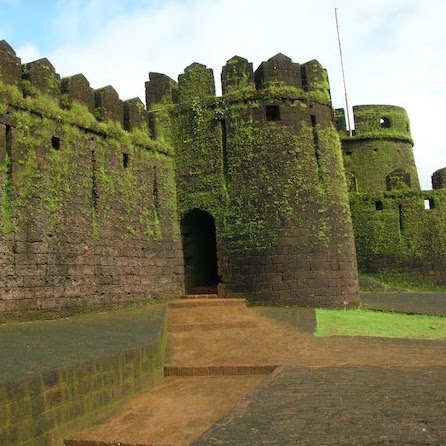 Queen Chennabhairadevi of Gersoppa (under the Vijayanagara Empire) was initially credited with building the Mirjan Fort in the 16th century. She ruled for 54 years and also lived in the fort. During her reign, the port at Mirjan, which is 32 kms to the south east of Karwar, was used for shipping pepper, saltpetre and betel nut to Surat. Gersoppa, a district annexed to Bednur, was famous for the pepper exported from this region. Consequently, the Portuguese gave the epithet "Rani, the Pepper queen" (“Rainha de Pimenta” in Portuguese) to the Queen of Gersoppa. 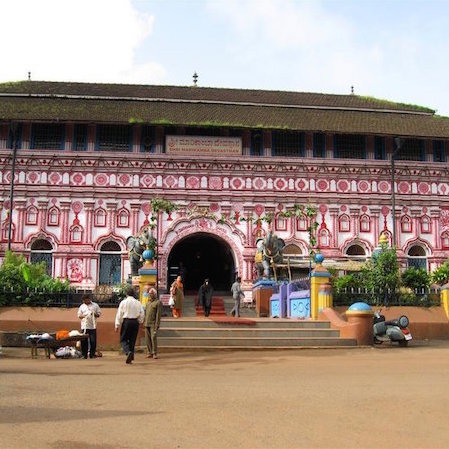 The Marikamba Temple in Sirsi, Karnataka, India, is a Hindu temple dedicated to a form of the goddess Durga. It is also known as Doddamma Temple, with "Doddamma" denoting the "elder sister" of all Mariammas in Karnataka. The central icon is an eight-armed image of Durga, also known by the names Renuka and Yellamma. It was built in 1688.